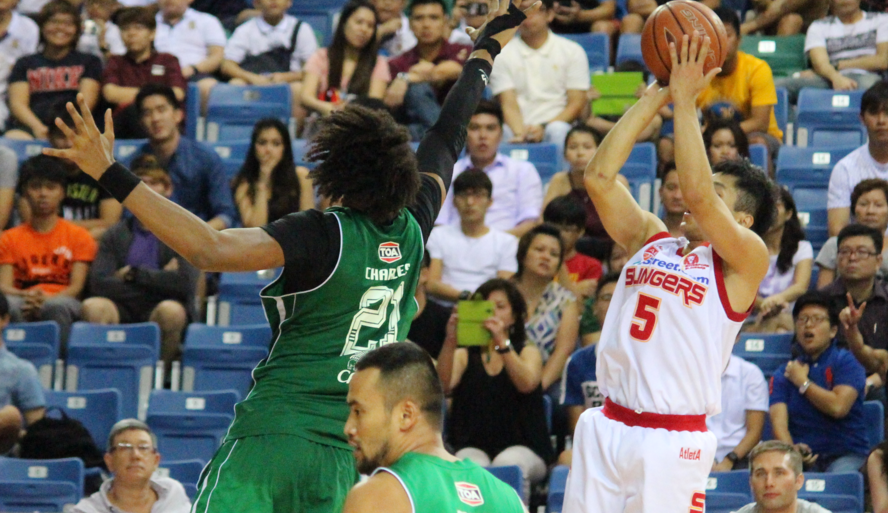 Chris Charles stand tall against Slingers and had a spectacular performance especially in defence controlling the paint.

Chris Charles played one of his best all-around performances of the season with a staggering stat line of 26 points, 21 rebounds, 5 blocks, and 4 steals to lead his team with the victory over the Singapore Slingers, 83-75, at the OCBC Arena in Singapore.

The league-leading Slingers were a step slow as the game started and was being outhustled by Charles and the rest of Hi-Tech. Charles had 13 rebounds at the half, six of which came from the offensive glass, as he helped Hi-Tech build a ten point lead after two quarters.

The Slingers fought back in the third period with the help of Wong’s hot shooting but eventually lost steam in the endgame. read more at aseanbasketballleague.com